It's been a while! This build has a functioning afterburner, as well as turrets that will try to help the other player take you out (right now they just shoot at whatever is closest to them and looks like a ship).

All the old bugs are still there, and it's becoming pretty clear that I need to rework some of the UI and make it clearer that the screens are split; there used to be a black divider line, but that appears to have gotten lost in the transition to a black background. More work to do, there. 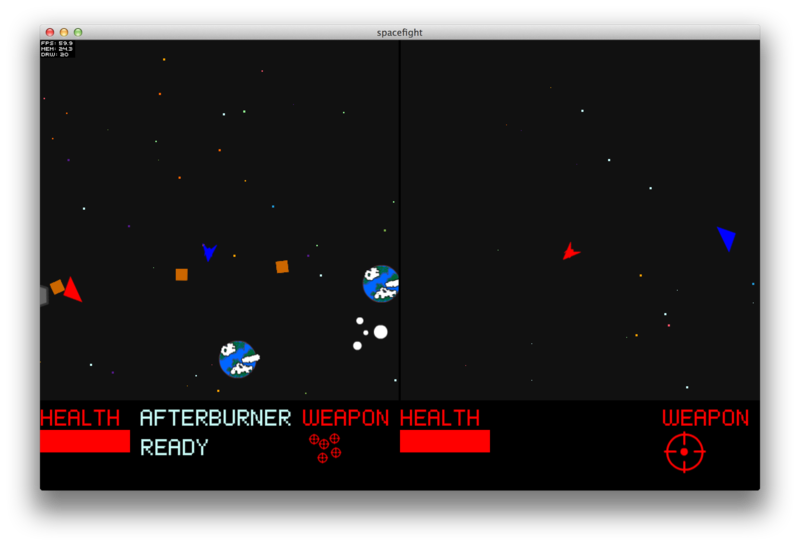 Download spacefight.zip
I think Talent is Overrated, so I'm trying to build as much as I can in order to continually improve.