It's 2 because I forgot to upload iteration 1 (although the only change there was the minimap, which you also get here).

Other things that have changed:

- Ships now start at least 20% away from the edges of the map, instead of being able to spawn right at the corner and instantly die.

- Controller axis now have deadzones, so that movement feels a little better (I hope).

The UI still looks pretty bad, but I'll get back to that later. 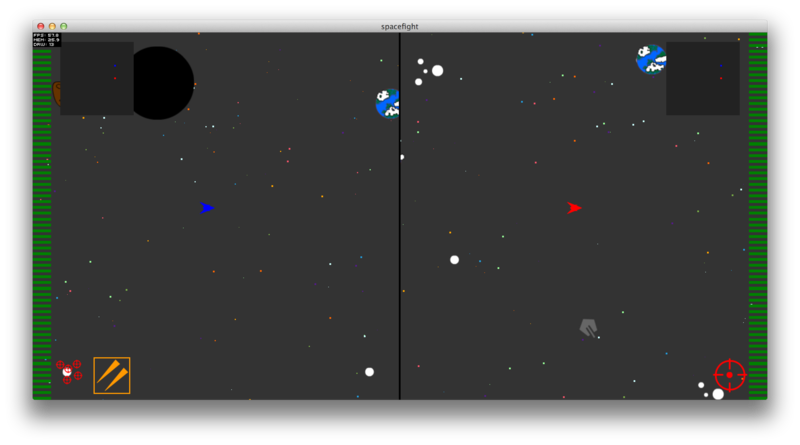 I think Talent is Overrated, so I'm trying to build as much as I can in order to continually improve.